The ASEAN-China Pan-Beibu Gulf (ACPBG) Economic Cooperation was jointly launched in 2006 by ASEAN member states and the PRC. It puts strong emphasis on maritime trade and port cooperation and identifies, among others, two priority sectors: ports and logistics and trade finance.

Improving the logistic performance in hinterland is considered to be the main factor for ports efficiency and growth. Therefore the Deutsche Gesellschaft für Internationale Zusammenarbeit (GIZ) GmbH has commissioned the Institute for Shipping Economics and Logistics (ISL) to develop training curricula for the Autonomous Port of Phnom Penh (Kingdom of Cambodia) and implement trainings to support maritime chains and clusters in the Pan-Beibu Gulf Region. This training project started in September 2014.

The second training is scheduled for January 2015.

For further information about the GIZ “Regional Economic Cooperation and Integration in Asia” programme please refer to: http://www.scribd.com/RCI%20Asia

Institute of Shipping Economics and Logistics 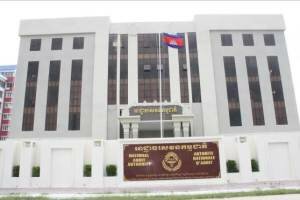 The authority aims to fulfil its function as an independent Supreme Audit Institution and is responsible for implementing the external audit of the Royal Government of Cambodia which consists of Financial Statements, Performance and Compliance Audits.

Realistically, the NAA in legal aspect has turned out its history by starting the public auditing operation in early 2002. During the two mandates which are the first 10 years, beside the administrative management and human resource capacity development, the achievements in terms of the audit reports showed that some negatives points were started improving and strengthening by most of ministries-institutions and audited entities according to their capabilities from year to year with accountability.

A successful ten years has led to the authority extending its operations. The longer the authority operates its mission, the more resources it requires, especially in the area of human resources. As of now, the authority’s work has expanded and staff numbers are on the rise, which created a cramped work place.