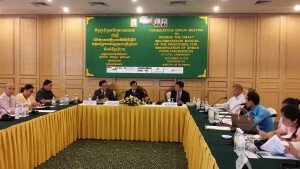 September 29, 2015 – Since 2006, GIZ has supported the Cambodian Ministry of Planning (MOP) in developing and implementing a procedure to identify the country’s poor households. By now, the poverty identification in rural areas is a well-established process that is based on a participatory approach executed by villagers themselves, which greatly relies on trust within the community. More >>>