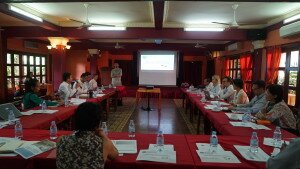 The Minority Rights Organization (MIRO) organised a roundtable of key stakeholders to initiate a discussion about how to engage with sustainable development goal (SDG) 16.9 on legal identity in Cambodia on September 13, 2016. The focus was on vulnerable, marginalized and hard-to-reach populations, especially minority groups. While SDG 16.9 carries a promise of inclusion by making the invisible legally visible, insisting on legal identity requirements for accessing rights and services could have the unintended effect of further excluding the most marginalized as these groups may face serious obstacles in obtaining legal identity. Against this background, the roundtable with around 20 participants from local NGOs, UN agencies and development partners provided a venue to consider SDG 16.9 in the context of Cambodia, including identifying gaps, especially in relation to minority groups, and discussing strategies to reduce barriers to a legal identity. 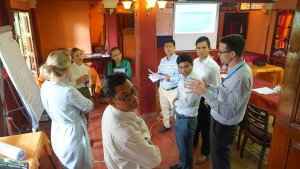 The Royal Government of Cambodia has undertaken reforms in the past years that are of relevance to SDG 16.9, including the creation of a General Department of Identification within the Ministry of Interior. It has adopted a National Strategic Plan of Identification (2017-2026), which has the long-term vision “every person is to have an identity”. Roundtable participants proposed a number of recommendations for how to consider marginalized populations and minorities in these initiatives, including enhancing cooperation between the government and civil society, more coordinated data-gathering and data-sharing to get a clearer picture about left-behind populations and the gaps and barriers relating to SDG 16.9, as well as more targeted outreach and awareness-raising strategies that consider the specific circumstances of marginalized groups.

The roundtable was funded by the German Federal Ministry of Economic Cooperation and Development (BMZ) by way of the Civil Peace Service (CPS) of GIZ in Cambodia. The CPS program aims at promoting conflict-sensitive (re-) integration of long-term minority populations, including the ethnic Vietnamese minority communities, strengthening social cohesion and reducing the risk of violent conflict.