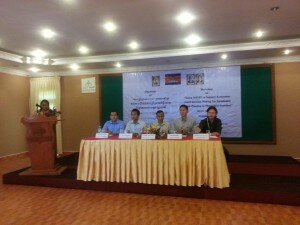 Sen Monorom, Mondulkiri Province, Cambodia – This July 50 representatives from government, academia, international organisations and civil society attended a workshop to discuss the possibility of using modelling software to better inform decision makers regarding the sustainable territorial development within their jurisdiction.

The two-day workshop, initiated by the provincial administration of Mondulkiri, WWF, the Royal University of Phnom Penh, and GIZ Land Rights Programme II, reviewed the possibility of using the modelling software ‘InVEST’ for sustainable spatial planning. The tool named ‘InVEST’, applied by the Royal University of Phnom Penh for the territory of Mondulkiri Province, is a suite of software models used to map and value the goods and services from nature that sustain and fulfill human life.

The workshop served as a starting point to analyse if and how the tool could be used for integrated spatial planning in Mondulkiri. The province is one of the few areas with natural primary forest and important hotspots for biodiversity conservation and indigenous people communities. Researchers from the Royal University of Phnom Penh presented the InVEST initiative, with insight on the current outputs on several ecosystem services including:
• Biodiversity, habitat quality and non-timber forest products;
• Carbon storage and sequestration; and
• Water yield, nutrient and sediment retention

Subsequently, scenarios for three different land use and land cover futures including “conservation”, “green economy”, and “business as usual” were presented, based on forest cover and agro-industrial development data. 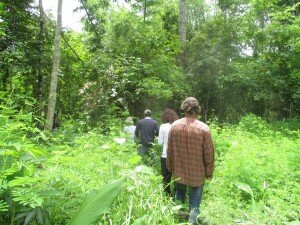 The “business as usual” scenario emphasized the need to plan the management of the provincial territory in a more sustainable manner. Since Mondulkiri is facing severe problems regarding deforestation and land degradation, as well as conflicting claims for land, this potential future would lead to immense degradation of land and various ecosystem services. The land rights of indigenous communities would also be further threatened.

Linkages and synergies between the InVEST and land management through spatial planning were discussed. Participants from Mondulkiri expressed their wish for an integrated spatial planning approach, to develop the province and manage their rich natural resources in a sustainable manner.