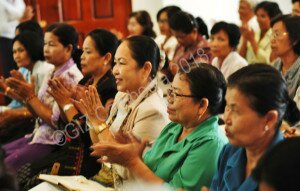 Women holding political office in Cambodia do not have it easy. They often encounter prejudice and lack of understanding, and there is little trust in their abilities. They are also underrepresented at all levels of government. In light of this, the National Committee for Sub-national Democratic Development (NCDD-S) with support from the GIZ implemented EU Project for Decentralisation and Administrative Reform (EU DAR) has taken action. The two partners currently conduct a countrywide training programme consisting of six regional training sessions for all 445 female councillors from Cambodia’s Khan, District, Municipality and Province Councils. The trainings focus on allowing female councillors to network with each other by sharing their experiences as elected citizen representatives and also provide them with concrete tools for action that will help them to successfully take on their right of initiative under the councils’ general mandate to find solutions for the service delivery needs of their citizens.

Since there are a lot of female councillors, therefore, the training was divided into 6 regions as the following: 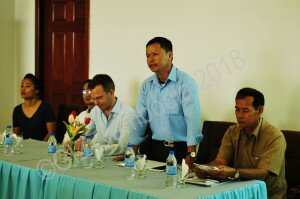 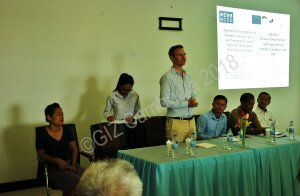 Two regional training workshops on Strengthening Female Councilors’ Voices and Networks at province, municipality, district level were conducted on 27-28, March in Siem Reap and Kratie provinces, and two others on April 02-04, 2018 in Pursat and Kampong Cham.

These workshops have the following objectives:

Each regional workshop was participated by female councilors from different provinces: 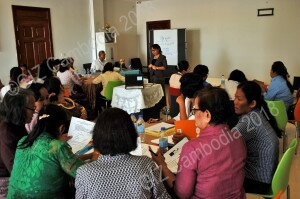 The sharing of experiences as female councilors in action 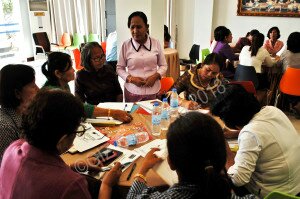 There are in total 365 participants in the four regional workshops including representatives from Ministry of Women Affairs, Ministry of Interior, NCDD-S and Council Association at Capital and Provincial Level and facilitators from NGOs.

As a result, participants are active in discussing and sharing their experiences related to their role and responsibility of being councilors​ and raising issues for discussion in council’s monthly meeting to respond to citizens’ needs. 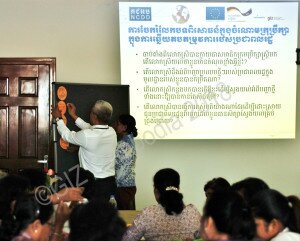 Shared experiences of female councilors are collected by facilitators 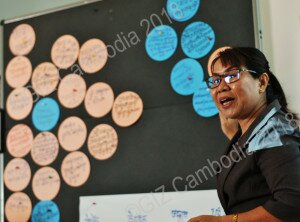 EU DAR is commissioned by the German Federal Ministry for Economic Cooperation and Development (BMZ), co-financed by the European Union (https://eeas.europa.eu/delegations/cambodia_en) and implemented by the Deutsche Gesellschaft für Internationale Zusammenarbeit (GIZ) GmbH.