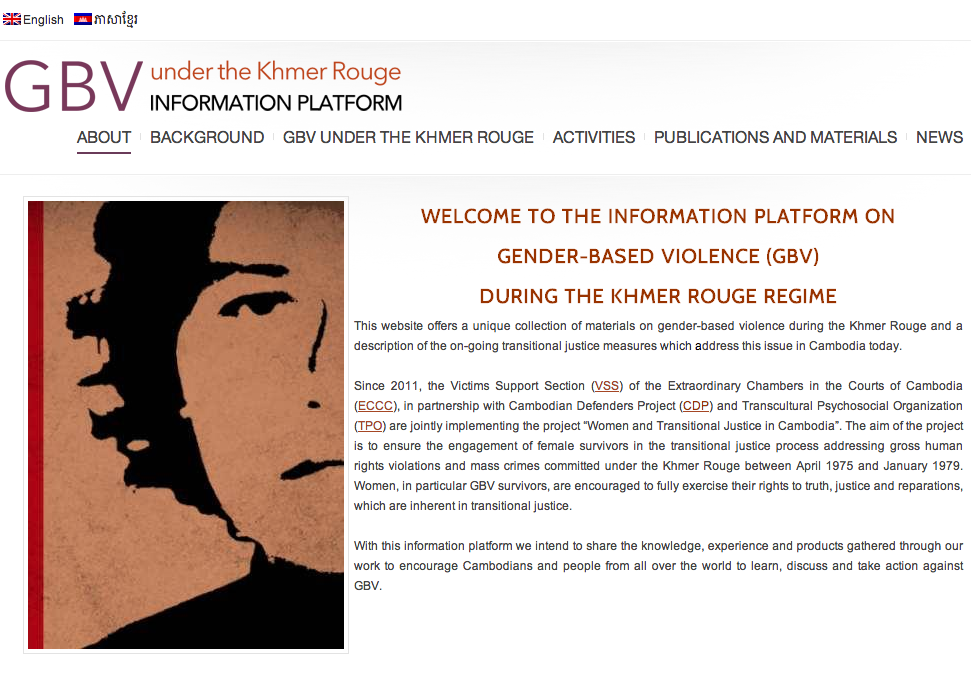 Phnom Penh, Cambodia The mass crimes committed under the Khmer Rouge in Cambodia in the period of 1975 to 1979 are known to many. Less known is the fact that apart from torture, murder and forced labor, gender-based violence in particular against women was also committed. Even among the Cambodian population the myth of the puritan Khmer Rouge soldier who obeys a code of conduct prohibiting so-called “immoral offenses” against women is prevalent. Such a myth reinforces the taboo on rape and other crimes against women who are thus excluded from the transitional justice process.

In order to thwart this myth and to give victims a voice in the historic record, three GIZ CPS partners in Cambodia have created www.gbvkr.org. This website contains a unique collection of documents, publications, articles, background information and video/audio-material on this topic which mainly originates from the work of the CPS Partners: Victims Support Section (VSS) at the Khmer Rouge Tribunal, Cambodian Defenders Project (CDP) und Transcultural Psyschosocial Organisation (TPO). These three organisations have joined forces to advance the participation of women in the transitional justice process through outreach activities, legal and psychological support and attendance at the Khmer Rouge Tribunal.

Information on violence against women in the Khmer Rouge period is rare and scattered. By setting up this website VSS, CDP and TPO are accomplishing pioneer work in the field of transitional justice in Cambodia in the hope that in future these silenced crimes will be acknowledged and condemned to the same extent as other crimes against humanity.