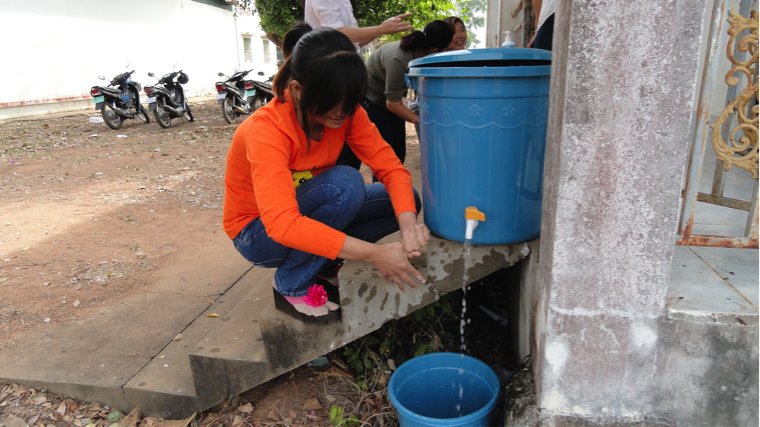 Preventative measures such as thorough drying, skin to skin contact, properly timed cord clamping and early breastfeeding have been show to save newborn’s lives. Additionally, ventilation of non-breathing babies within one minute after birth, or within the vital  “golden minute” also contributes to saving newborns at risk of post-natal death..

Immediate and thorough drying stimulates breathing and prevents hypothermia. Amongst many other benefits, sustained skin-to-skin contact initiates colonization of the newborn with maternal flora. Delaying cord clamping reduces the risk of anemia in preterm infants, and intraventricular hemorrhages. Early initiation and exclusive breastfeeding can prevent more than 95% of neonatal sepsis deaths.

Based on the success of the pilot, the Ministry of Health decided to roll-out this training nationwide. Training of trainers for the Provincial Health Department and Operational District staff from all provinces is ongoing and will be finalized in 2013. Three facilitators and 5 co-facilitators from Kampong Thom province have already been trained in December 2012.

The Immediate Newborn Care (INC) coaching sessions are very hands-on. There are no lectures and all information is provided to participants in the form of questions. Evaluations during the training include written tests (pre- and post-test), measures of hand hygiene (using Glow Germ – see image) and demonstrations of the sequential steps. At the end of the second day, each participant has to demonstrate that he or she is able to carry out all steps of immediate newborn care in the correct order and in the correct time frame.

The steps for the breathing and non-breathing baby are assessed in two separate demonstrations and role-plays. If the participant is able to repeat the correct steps during a follow up supervision visit at the health facility, he or she will be given a certificate of successful course completion.

With the technical and financial support of the GIZ Rights Based Family Planning and Maternal Health project (Muskoka), the INC facilitators in Kampong Thom conducted 4 coaching sessions at the Baray Santuk referral hospitals in February and March 2013. A total of 40 midwives successfully demonstrated mastery of the sequential steps that may save a newborn’s life. Evaluations during the training include written tests (pre- and post-test), measures of hand hygiene (using Glow Germ) and demonstrations of the sequential steps. 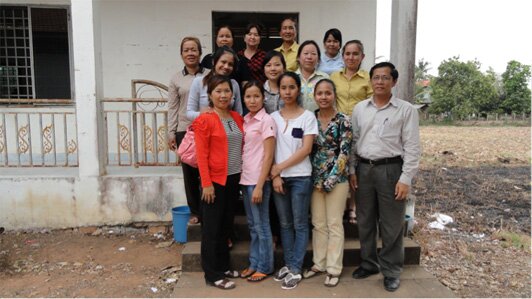 With 9 additional coaching sessions planned in 2013, a total of 130 midwives and doctors will become proficient in correct immediate newborn care in Kampong Thom province. Giving health care workers the skills they need to provide all newborns with the care they require in the first minutes of life is a big step towards increasing the chances of survival for these precious new lives.