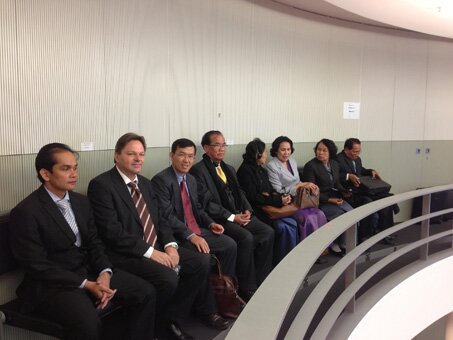 Phnom Penh, Cambodia During a recent study visit to Germany, Cambodian officials from the National Audit Authority, the Senate and Parliament had the opportunity to gain first-hand knowledge on how the close cooperation between the German Parliament and the German audit authority enhances transparency and accountability in the use and management of public resources.

Mr. Juergen Lehmberg, Team Leader of the GIZ project supporting the National Audit Authority in Cambodia, said during the study

visit “We expect that some of the best practices we have seen from German institutions will inspire participants to reflect on how similar models can be applied in Cambodia to make management of public funds more transparent and meaningful for all citizens”.