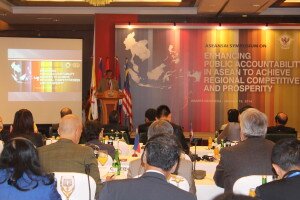 The ASEAN member states participating in the symposium ‘Enhancing Public Accountability in ASEAN to achieve Regional Competitiveness and Prosperity’, organized in Jakarta (Indonesia), have decided to take crucial steps to overcome barriers for public auditing by 2017. These measures include: 1) To amend existing laws and regulations or to develop new regulations to strengthen the institutional and organizational capacities and autonomy of Supreme Audit Institutions; 2) To engage more actively with auditees and stakeholders such as the Public Accounts Committees, civil society, media and the public; 3) To increase awareness on public accountability amongst decision makers, politicians, etc.; and 4) To strengthen networking and sharing of good practices amongst ASEAN’s Audit Authorities. 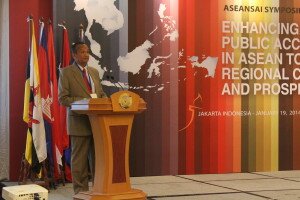 Key Data on Poor Households from the Ministry of Planning available 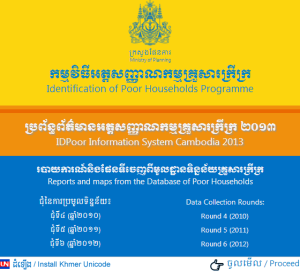 A new data set on poor households from seven provinces and the rural areas of Phnom Penh is now accessible and can be used by government institutions, non-governmental organizations and specialized aid agencies in order to target services and development assistance to the people living in poverty more effectively.

With support from the Identification of Poor Households program -implemented by the Ministry of Planning of Cambodia and its provincial departments with technical support from GIZ- the Ministry has just made available more data of households identified as poor in Kampong Cham, Kampong Thom, Siem Reap, Beantey Meanchey, Kratie, Oddar Meanchey, Stung Treng and the rural areas of Phnom Penh.

The data is presented in form of reports (pdf and excel formats) and maps: 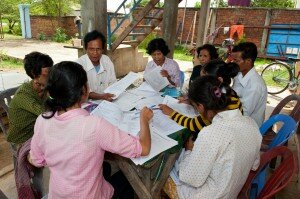 Report 8: Profile of all household members

Report 15: Names and photos of poor household members (to be provided as per requested by users with approval from the Identification of Poor Households program).

Report 16: Household data summary (to be provided as per requested by users with approval from the Identification of Poor Households program). 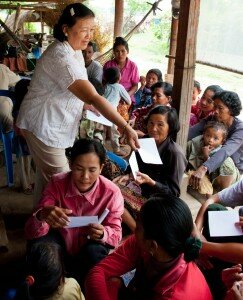 Access to some information is restricted due to its personal nature. In order to receive it, the user (a person on behalf of the institution or organization) will be required to register as a data user and to request permission from the Identification of Poor Households program ().

GIZ provides advisory support to the Ministry of Planning and its provincial departments in all steps of the implementation of the Identification of Poor Households program and supports relevant capacity development measures (). The Identification of Poor Households program is funded by the German Federal Ministry for Economic Cooperation and Development (BMZ), DFAT, UNICEF and the Royal Government of Cambodia.